True or false? (but anyway of little importance) 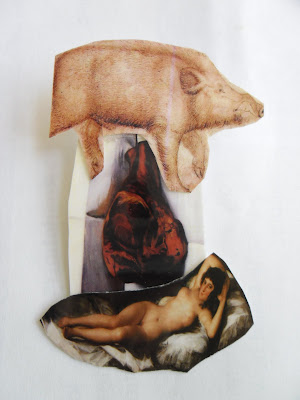 All men are pigs??? Hmm, I don't know about that (plus i've never been a hypocrite, but rather an exaggerated person who loves to shock, or encourage possible avances, why not?)
4.5 hours of great conversation was exactly what i love. However, when later on he (in response to your "Actually, i really don't care about sex, all i want is a great conversation") says that it's the same for him & he's surprised that he even managed, somehow, to father 2 children, you don't know if you should take it seriously.
At the same time, do you think he believed what you said earlier?
C'est toujours un peu complique!