Step 3: it's not all black or white 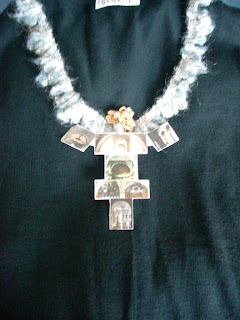 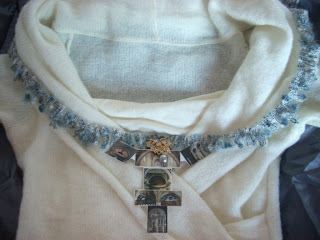 When I was a little girl my dad would see me dressed up and if he disapproved he'd just say: "Are you going to wear that?" It was quite a 'that'... He also used to think (and say) that white was not my color. It probably isn't, but at times it's ok.
Black is everybody's color but mine. At least it was true until not so long ago, but now I use it once in a while, for it does, indeed, allow you to make some things stand out.
So just in case I tried some B&W combinations here.
Black sweater made the necklace look harsh, white sweater was quite nice - elegant, classy. By the end of this marathon it actually came as my number 2 choice.