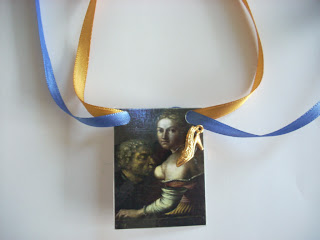 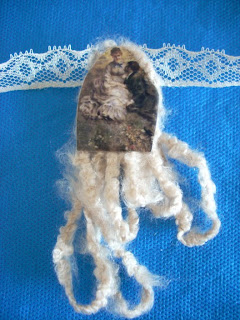 All we need is not love , or at least not only love.
And actually, since I am speaking first and foremost about myself, I should probably say that up till very recently love was something I didn't want at all...
Times change. Things happen. We change our minds.
But certain fundamental things that are part of our personality core are hard to break (and they probably shouldn't be broken).
Example: I was working my way up to my St. Valentine exhibit in London when a Paris trip appeared on the horizon (earlier than expected). Instead of purely professional it became an intensly personal & very desired trip. All sides involved wanted me to come to Paris as soon as possible. I wanted it as well but... I also wanted to fulfill my St. Valentine mission.
So being both flexible & stubborn I mobilized my forces & tomorrow I am off to London so that I could go to Paris next Friday.
Now, what does this story has to do with the "What women want?"
Look at the illustrations: you have two couples that are in love (or in lust, at least). Yet one woman is more passive, entirely content with what she has, while the other has something else on her mind.
I sincerely want to hope that this last woman loves her man (for he is one of the most amazing male-in-lust characters I've ever seen in the history of art!), but she remains a bit... not aloof, really, but her personality is not subdued, it's still all there.
Her ambitions, whatever they might be, are still there. In other words, she is her own woman.
So even though certain things have changed for me & inside me, and no matter how much I'd love to carry on with this change & discovery, one thing I want to keep is precisely this quality of knowing who you are, what you want & being prepared to work hard in order to get it...
Coming down with a cold. Tired. Sleep-deprived. But still going to exhibit this week-end.
"We'll always have Paris", for sure, but it will be even sweeter when you come after you've accomplished your mission.