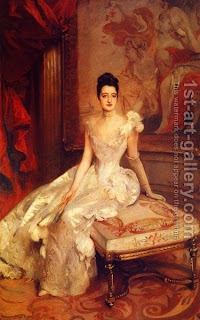 The absolute record: yesterday I visited the whooping number of apartments - 9.
Unfortunately, I fell in love with one. Ok, ok, I am using & abusing the world 'love', but the Webster House is truly grand. It used to be Chicago Hotel and its stuccoed huge lobby is not dissimilar to that of the Grand Central Stations (either NYC or DC).
The rooms are huge, so is the walk-in closet, and the view over the park is soothing.
I want it.
I want it.
I want it.

More than wanting it, I wish I could be rational. Yeah, right. The only things I've succeeded at where by my being irrational, so... And it's a good, great, beautiful value for money, this apartment is. A true find.
I also realized that I definitely don't think in terms of percentage, for example: if there's a 150$ difference between this apartment and the other, I think: "Well, it's only (!!!) 150$ BUT (!!!) what you get in return is very different, it's worth the money. Thinking about 10% difference doesn't do the trick. It doesn't mean a thing to me...

My choice number two is a more normal apartment, where the monthly rent would be 230$ less (20% roughly). But it's so normal and the num.1 so incredible that... well, you know what I am inclined to do.

Funny conversation last night: I took 2 Brazilian friends & their Russian friend for a walk in my old hood last night after dinner. My Brazilian friend started talking about the theory according to which it's right to pay more for beauty, for the things that make you feel good.
I wholeheartedly agreed, since I've done this all my life and, alas, will continue to do so. But when later on I mentioned how much I was going to pay for my apartment...this young, healthy & super fit guy almost had a heart attack. I dismissed his reaction on the ground of him translating it into Brazilian currency & the fact that he doesn't know the local Chicago market.
I do know it.
And I know a couple of things about the irrationality, too!

I know that I won't be spending a whole lot of time at home, but just knowing it's there will make me happy. I also sincerely wish that my proud sponsor during the dire times, my mother, aka "Goldman Sachs", could come & live there. And I have an idea, yet another crazy one, of creating some kind of 'Friend-artist in residence' program, inviting interesting people to use my place for some time. Nice after-dinner conversations guaranteed!
Ms. Vanderbilt's Foundation for the Humanities & the Irrationality!
Postado por Pearlsboreme às 09:31