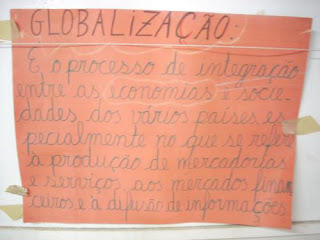 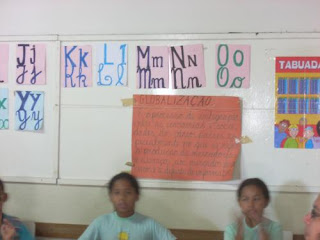 There are people who prefer to give theory first, examples afterwards, those who give example first and then theory goes down with less difficulty. And of course there are those who dislike theory or distrust (easy) examples.
I do love theory but still would give an example first. And better even when I spot or overhear something that examplifies a larger phenomena.
In thinking about globalization vs. glocalisation one best example I've had so far was a 'new' step in a Milonga hall in Buenos Aires: men & women would make eye contact across the room (step 1), get up (2), start moving towards one another (3) and... step 4, technological improvement: step 5 - a man raises his hand only to check something almost on his butt... Nothing indecent: just checking if the cell phone sits tightly in its 'nest' (pocket & such).
Today while buying more fabric & lace at one of the stores on 25 de Marco I overheard a woman saying to her friend on the phone: "Ok, ok, I will show the fabric to you tonight when we talk on Skype".
For those of you who know the kind of people who go to 25 this example will mean something.
Postado por Pearlsboreme às 20:00