President throwing condoms: is he 'the' man??? 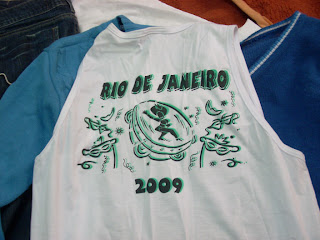 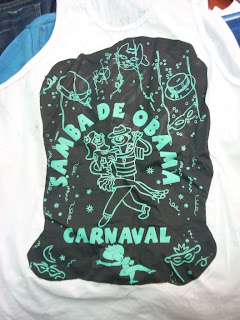 No, it's not something on Barack that you've missed. The latest 'scandalous' (American scandalous, aka politically correct=the impossibility of saying anything) on him was classifying the police action as 'stupid'...
The condoms & the President in question is Lula, the Brazilian President, who did this on the Sambodromo during the Carnival in Rio de Janeiro. Significantly enough, it happened on the night I was there and no, I didn't catch any (plus it's not like a bride's bouquet...)
When I was living in Italy I did my best to keep abreast of the worst in the Italian politics. In Brazil I preferred to ignore it but some things were so, hmm, un-smart (politically correct, here we go - I'd prefer to say, quoting Obama - 'stupid'). Like Lula saying that the crisis is the fault of the 'white people with blue eyes' - significanly enough, that was said in a face to face meeting with a Scandinavian (Norwegian? too tired to do fact-check now) PM.
Much better then to depict the events that never took place - like Obama dancing samba. No gaffes there for sure.
Gaffes avoided, the uncertainty remains: I am still very sceptical about Obama saying when seeing Lula in the G8 meeting: "He's the man!"
Throwing condoms to a happy crowd in Rio doesn't make one more of a man...
That aside, Carnival was fantastic: went expecting nothing, found the most delighftully kitschy mega-party ever!