Looking back to go forward 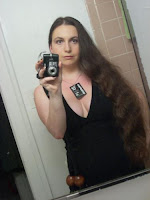 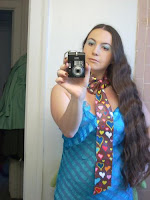 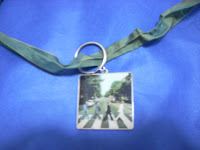 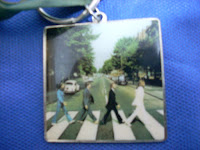 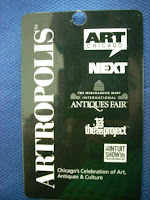 Anything I could've told my parents would not have shocked them as much as the fact that I started doing something with my hands. I've already been a saint and a sinner, but a crafty person - noooo, not possible, it ain't our daughter.
Well, what prevented me from taking my imagination to the next logical step - that of the practical execution - was precisely the fact that in my house my parents would basically only read. No sports, no knitting. Just getting smarter by reading to later sell our brains.
Among the first timid attempts I've made was the 'creative adaption', aka 'inappropriate use' of objects. It would usually happen to me when I was already working on some creative projects: like using the belt as a necklace came about when I was working on my portfolio to get into an advertising school.
Another example is the Beatles keychain: after a month of meetings in London I was going back to Chicago, unsatisfied with my bijoux purchases. So I got this keychain at Heathrow and its fool-proof transformation was a success: people find it amazing, for some reason.
The VIP pass for Art Chicago was my piece num.3. What I find wonderful is that people wouldn't throw strange glances at me but would ask instead: "Oh yeah, how was the show?"
The show must go on!